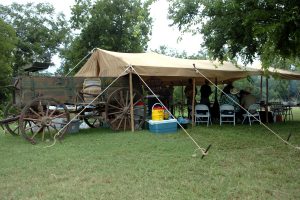 The Texas Ranch Roundup was founded on the idea of showcasing ranch life and that’s why we still feature a true chuckwagon cooking contest. Each year ranches cook a meat, vegetable, bread and dessert from a predetermined menu over an open flame off a chuckwagon. Points are earned for first, second and third place and are combined to their talent points and rodeo points to help determine an overall winner.

Why cook from the chuckwagon?

Along the Chisholm Trail back in the late 1800’s, being a good chuckwagon cook was a matter of life and death. On a long trail drive with hardworkin’ hungry “brush poppers” (cowboys), a chuckwagon cook’s very life depended on his fixin’ a meal that would satisfy the men of his cattle drive outfit. In fact, the cookie was the highest paid hand on a cattle drive, next to the trail boss. The outfit with the best cookie would attract the most able hands. 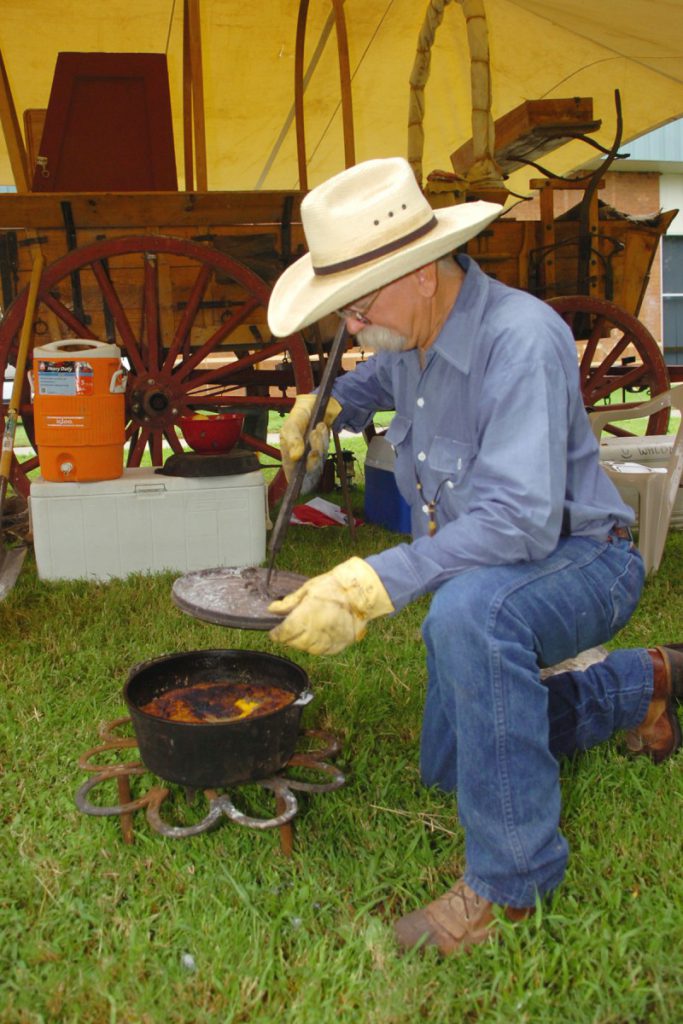 Contrary to many of today’s movies and books, the cowboys of the trail drive were not ignorant. They were professionals, and as professionals, they were a capable and proud group. They were laborers of a kind, but they thought of themselves as artists, and in fact they were artists. The cowboys demanded a professional chuckwagon cook. Though pay for the cook was generous, the money spent on food and supplies was limited. The cookie’s challenge became how to make the most with what he or she had on hand.

In addition to the precious water barrel and firewood, the chuckwagon was usually stocked with the necessities like pinto beans, sowbelly (bacon), cornmeal, and coffee. Sorghum molasses, honey, or cane sugar and wheat flour were luxuries. Beef and wild game were usually available along the drive.

The cookie prepared meals on the chuck box, a make-shift counter which was located at the rear of the chuckwagon with a swing-down table-top. The first chuck box ever used on a cattle drive was built in 1866 by Texan Charlie Goodnight.

Back in the late 1800’s entire ranch families would get together at the end of Spring Roundup to let off steam, swap stories around the campfire, and join in favorite campfire songs. 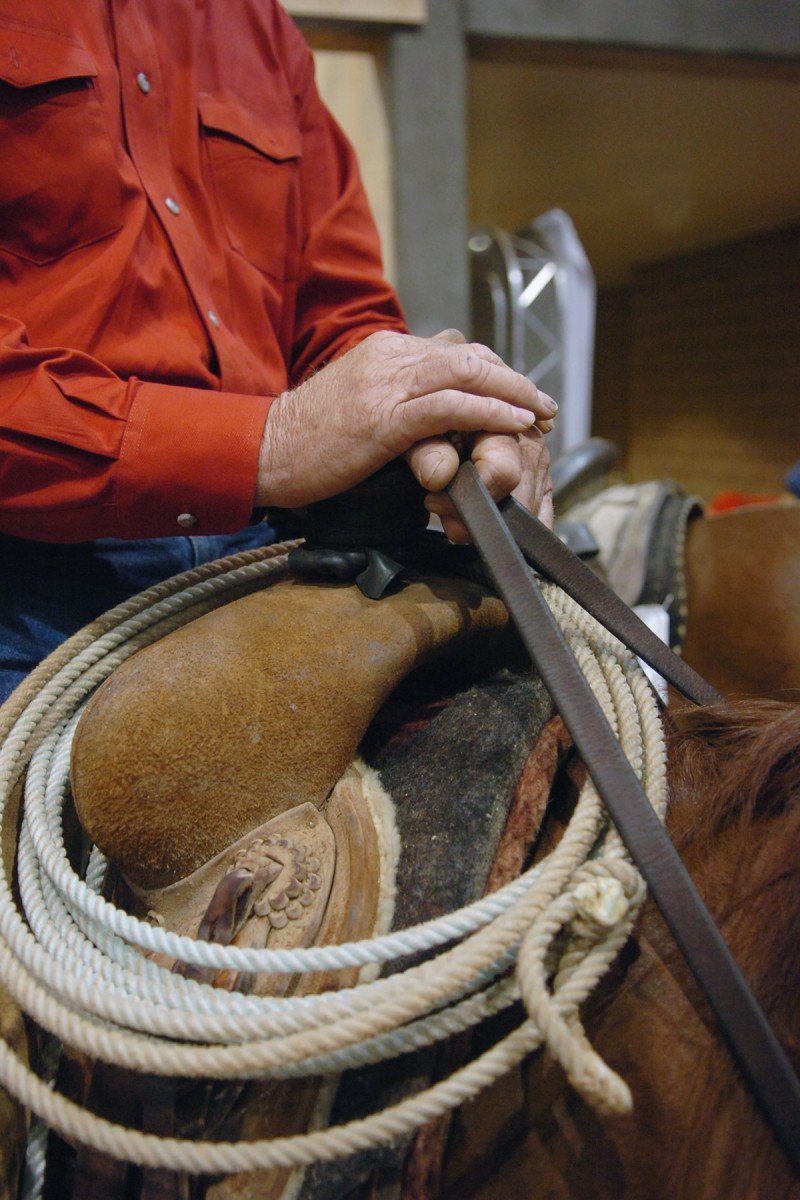